The Faith and The Fury took its inspiration from the notorious story of boxer Tyson Fury and his rise and fall (and rise again.) Knocking undefeated champion of 12 years, Wladimir Klitschko from his spot as Heavyweight Champion of the World, Fury reached the holy grail of every boxer's career. He then swiftly fell into the depths of addiction and his own battles with mental health.

After reading Fury's autobiography in which he opens up about his struggles, artist Harry Clayton Mills learned more about his boxing career and his inspirational comeback. Fury has now become an unexpected ambassador and example, particularly for young men battling these issues. Feeling a close connection to the subject, Mills used this story as a source of inspiration from outside the art world and his previously explored creative influences. This exhibition was created uniquely for showcasing at Prism Contemporary and the artist, supported through the process of delivering a solo show of all new works. 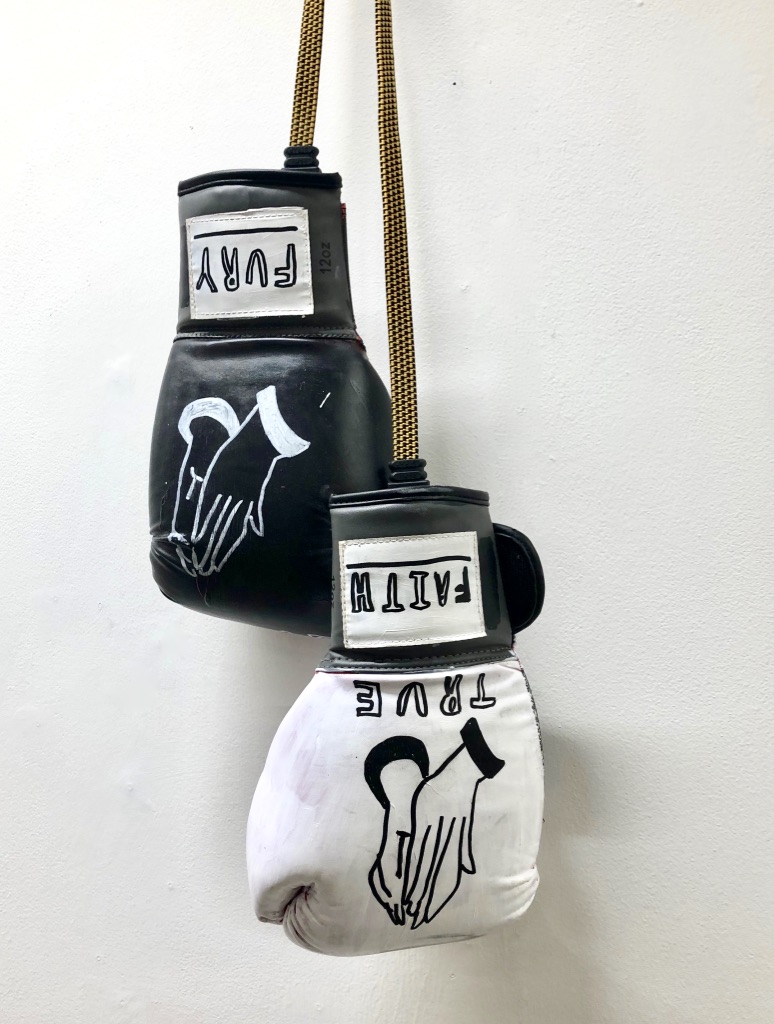 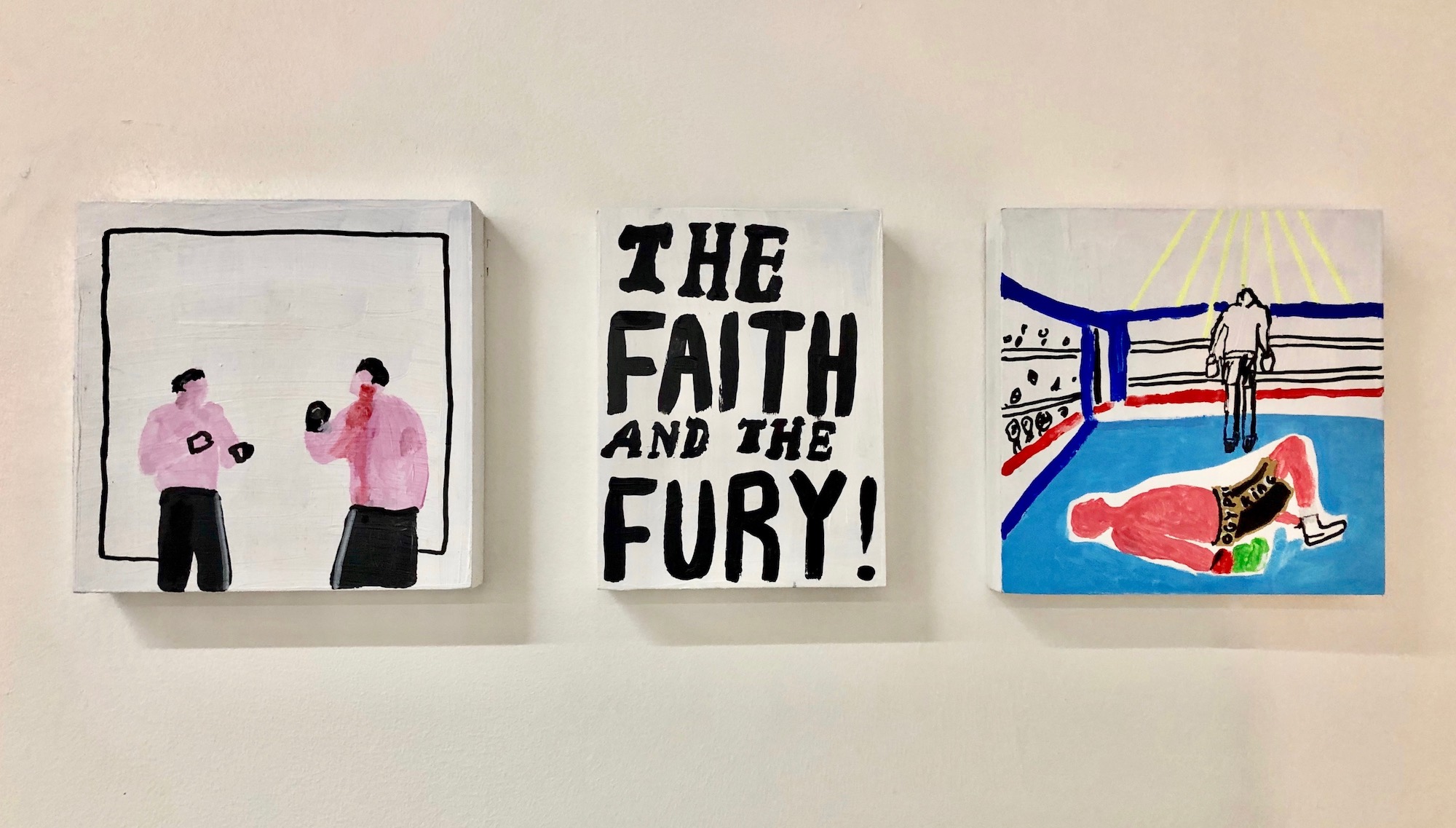 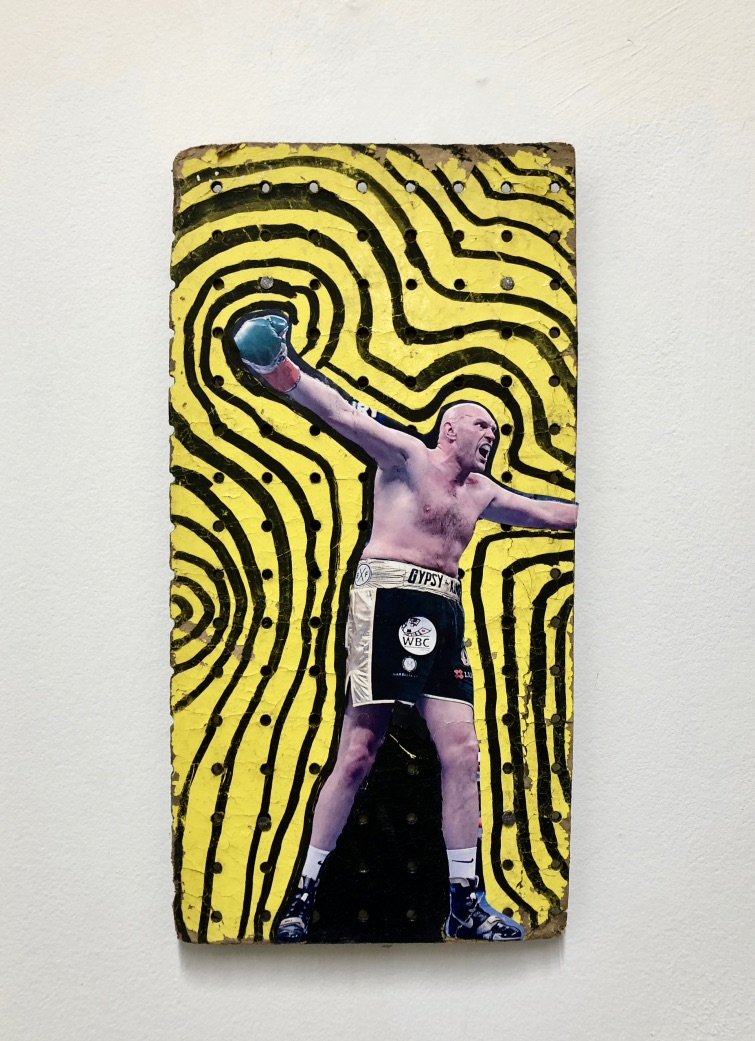 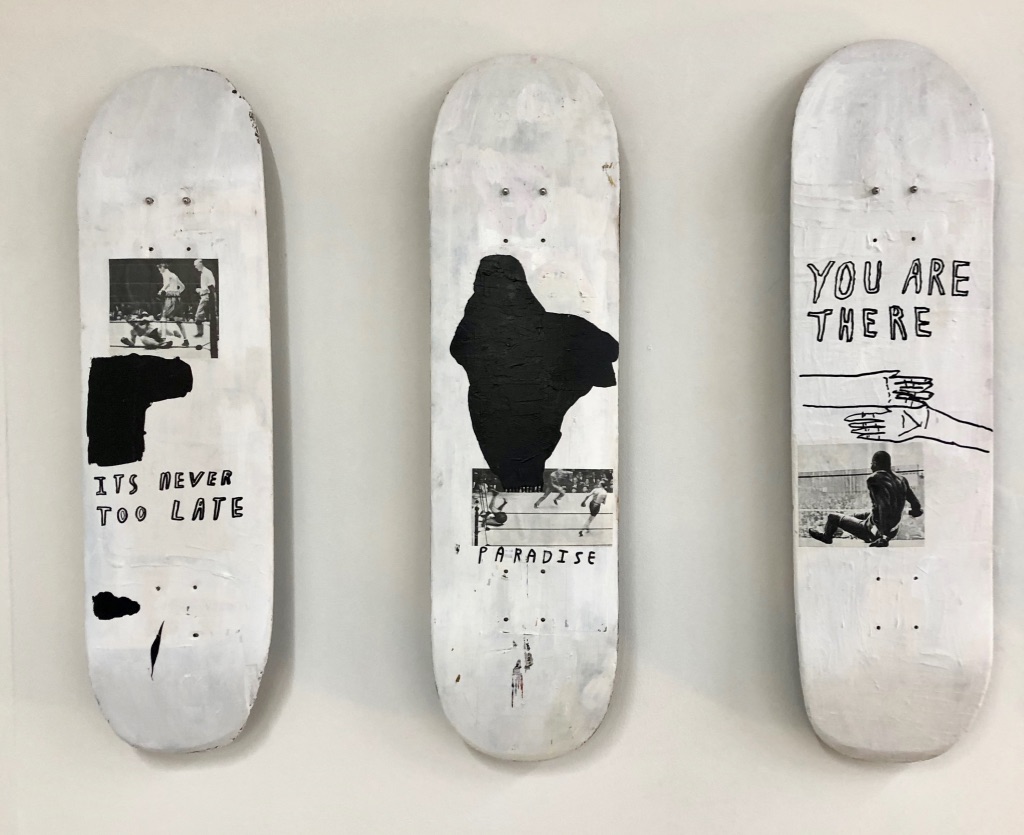 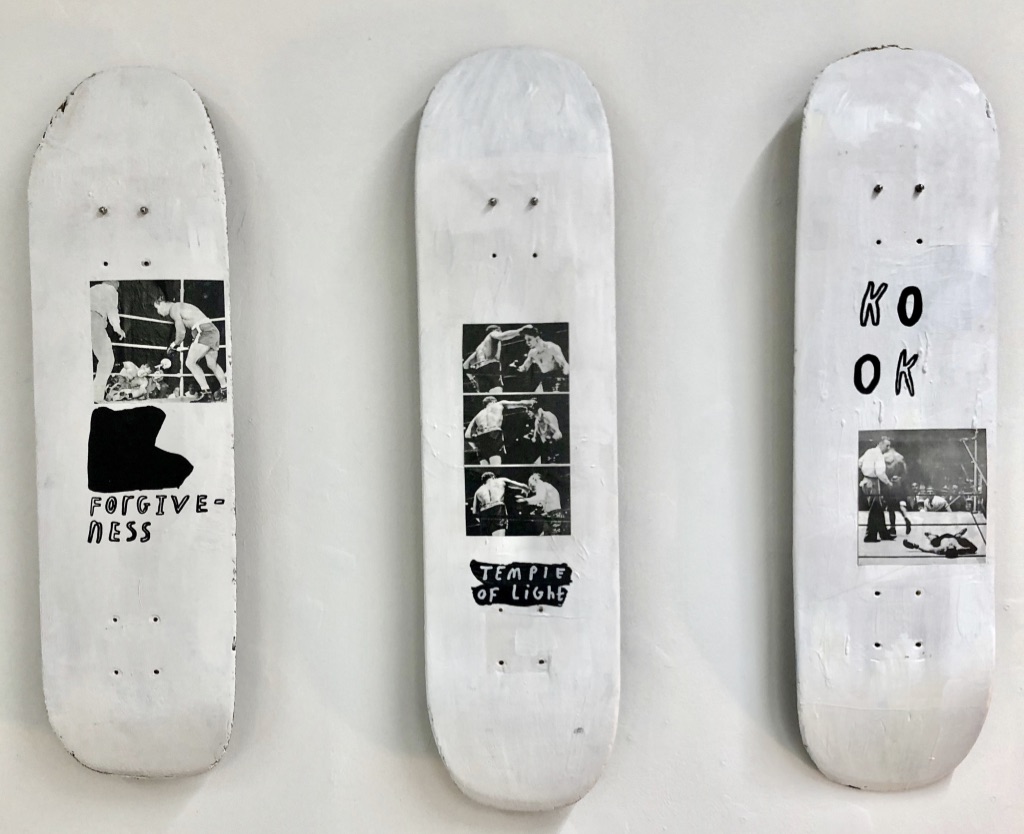 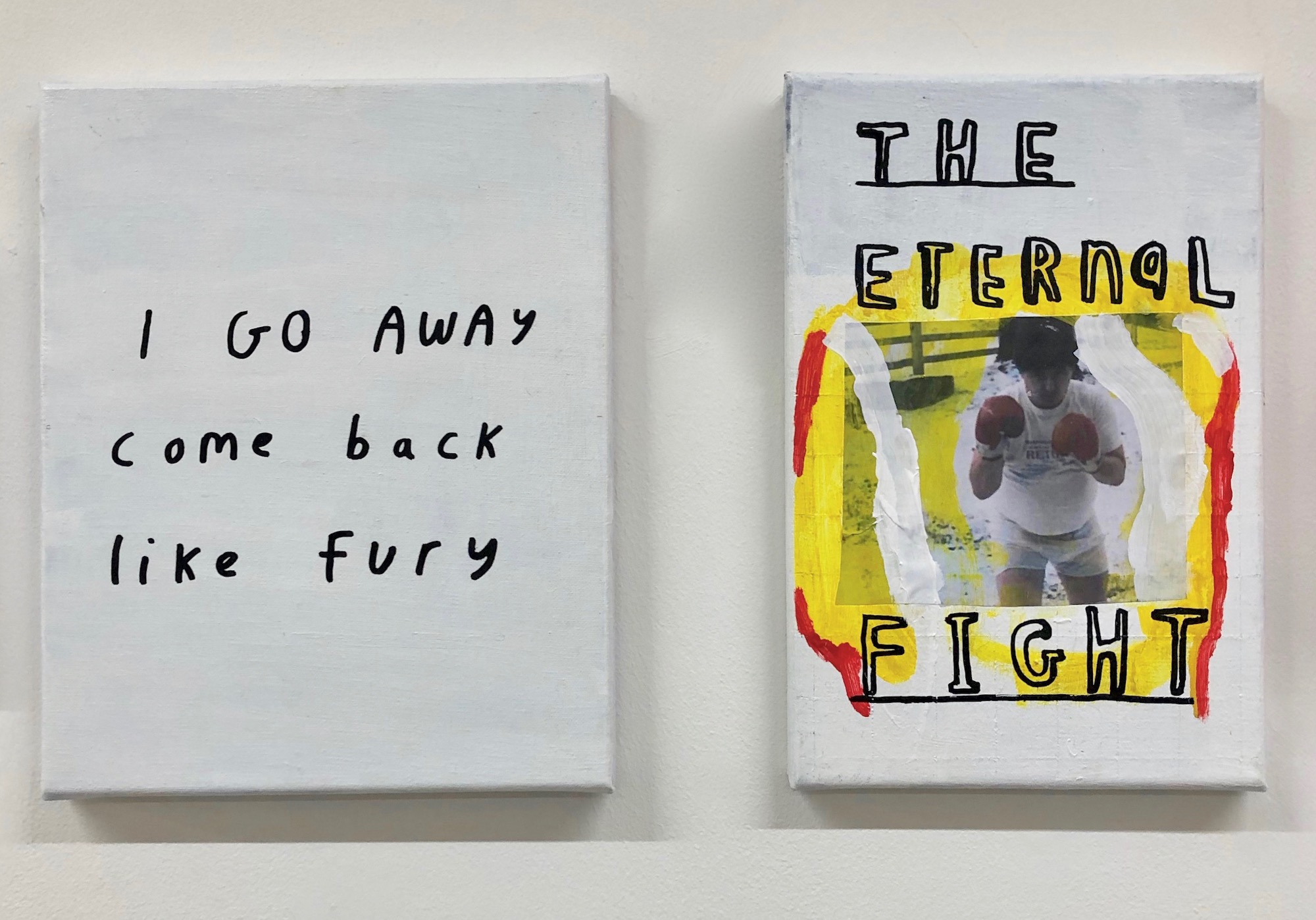 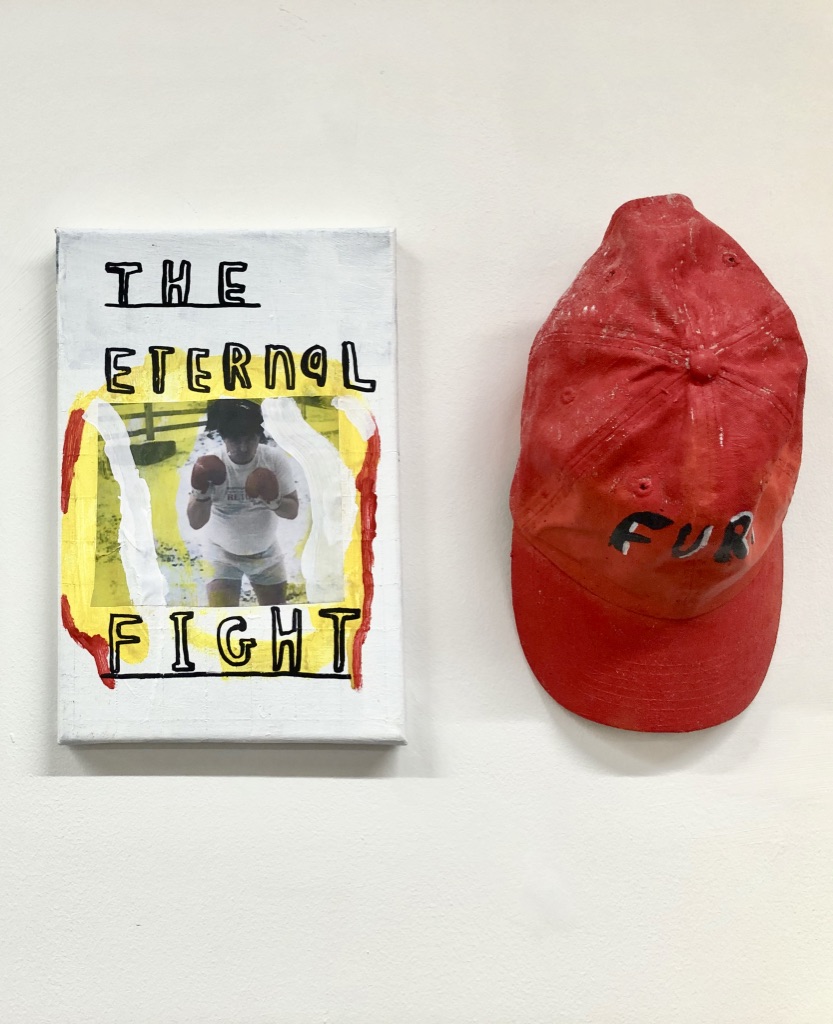 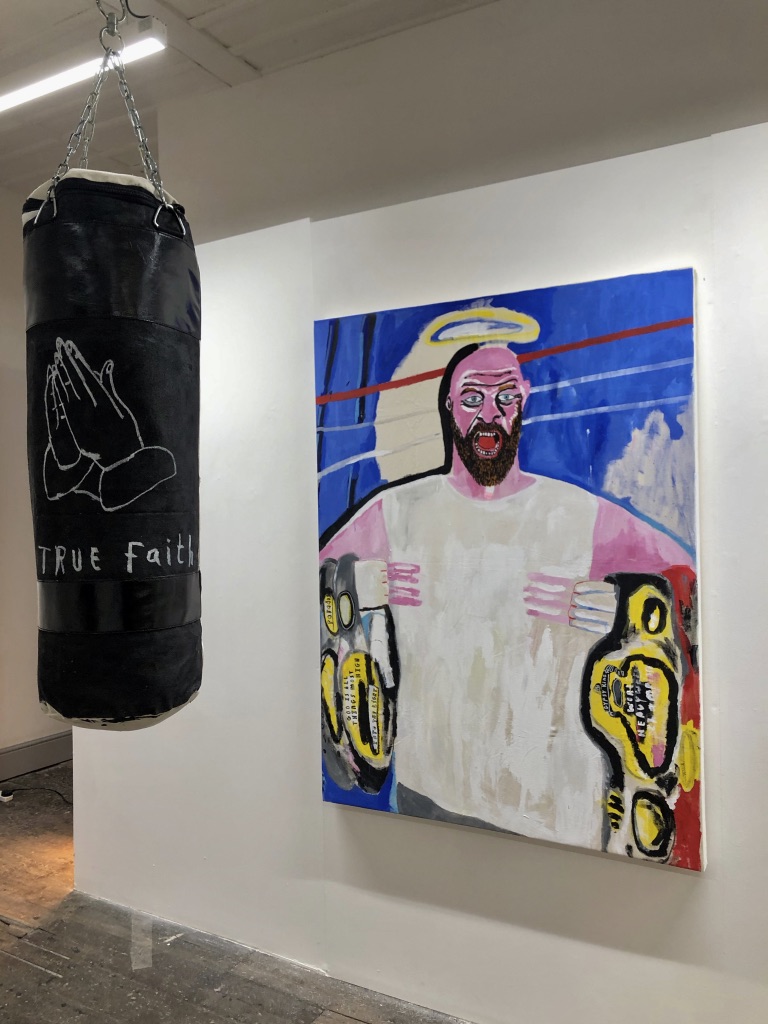 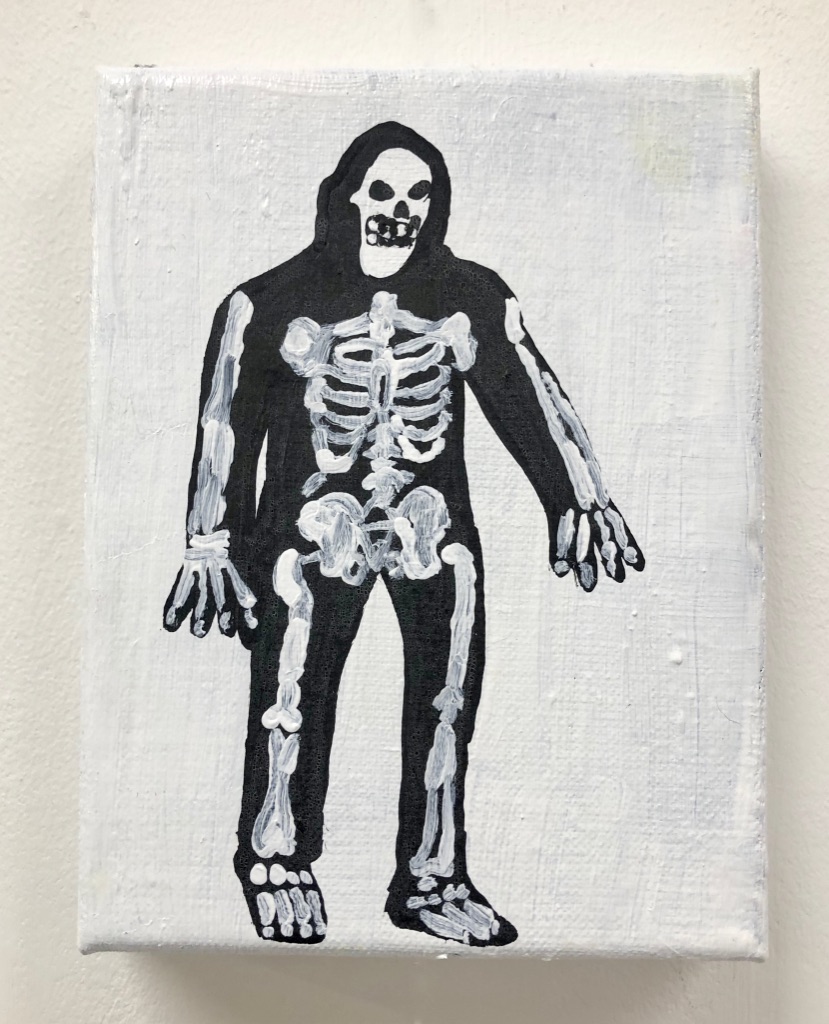 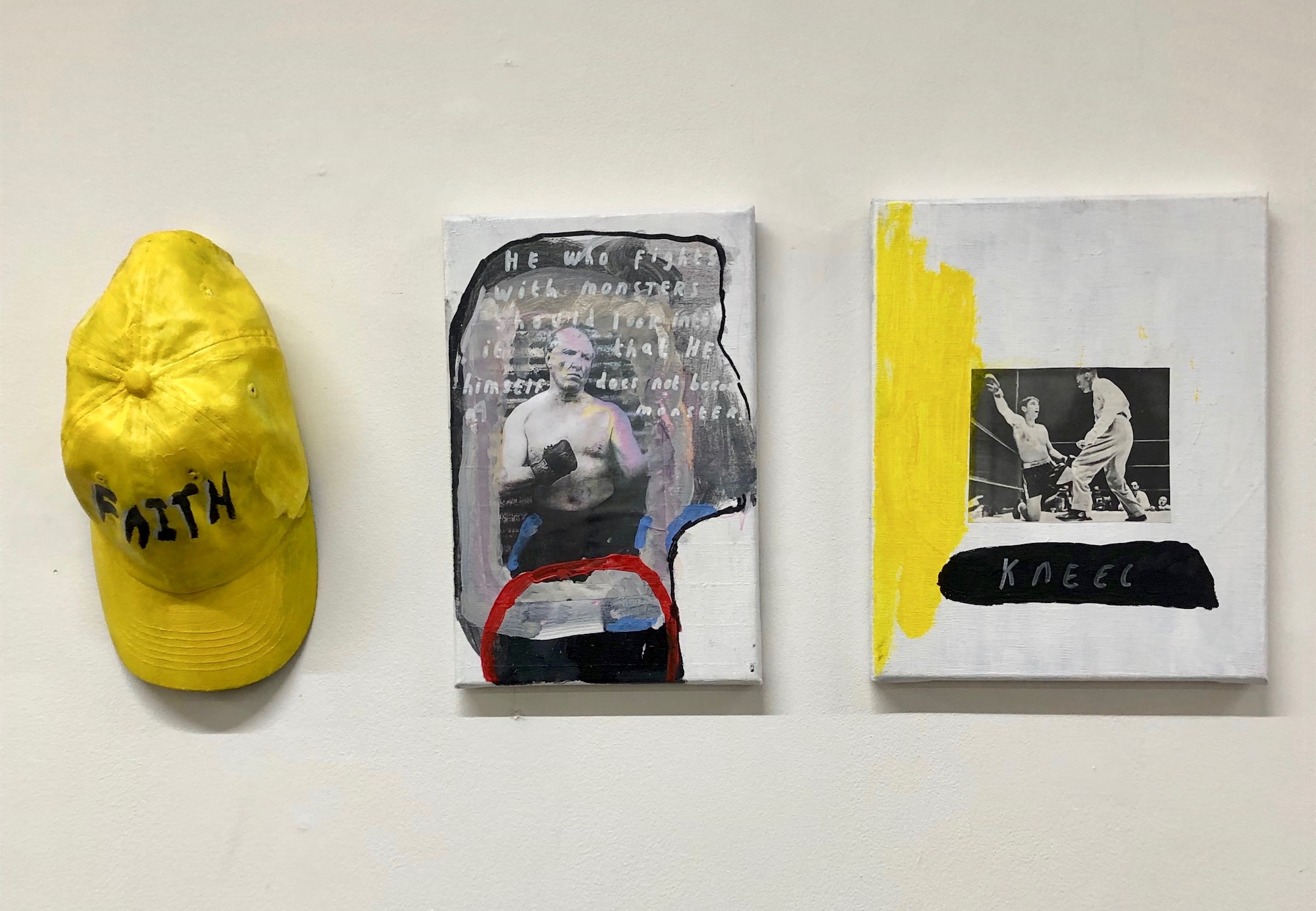 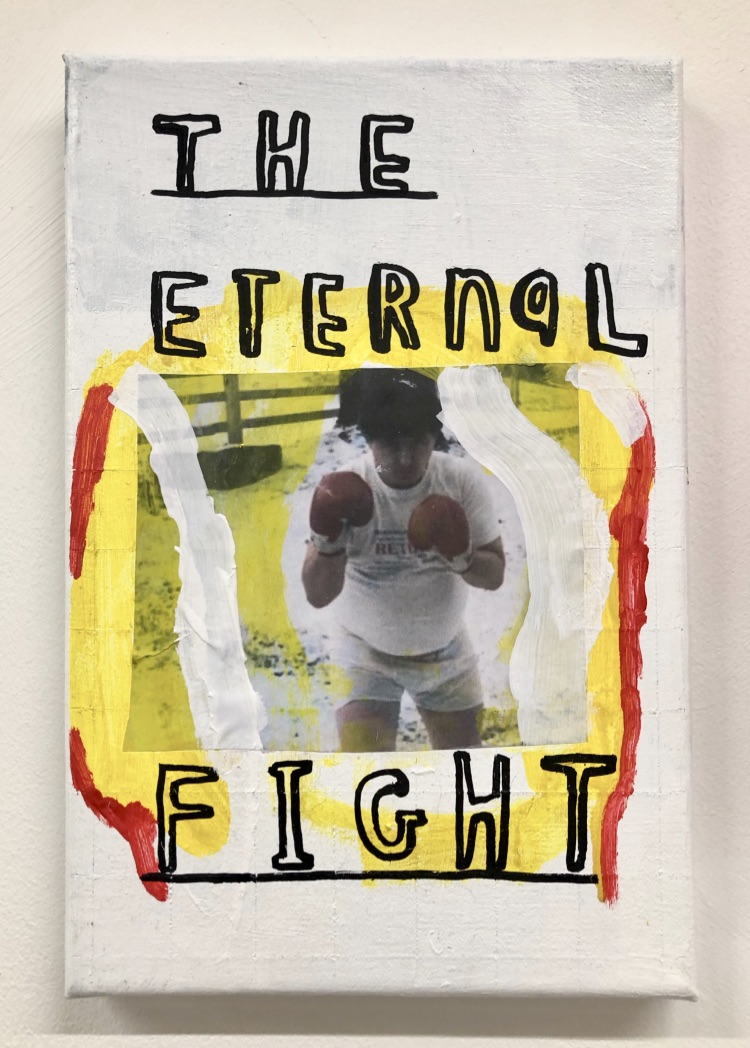 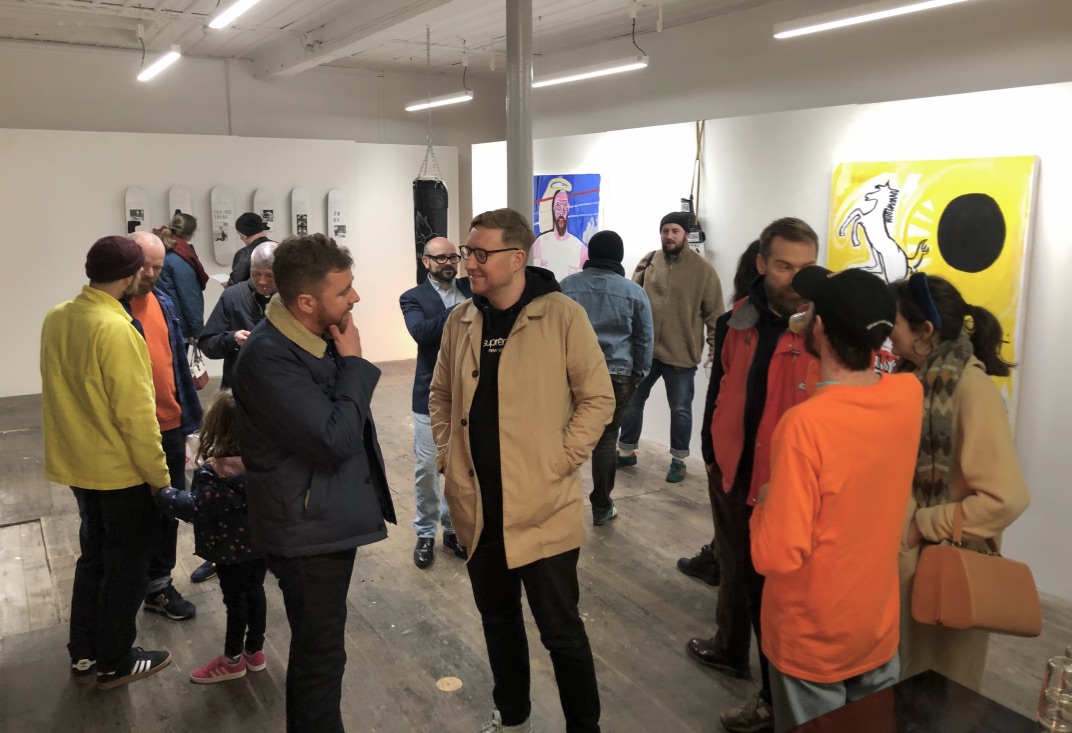 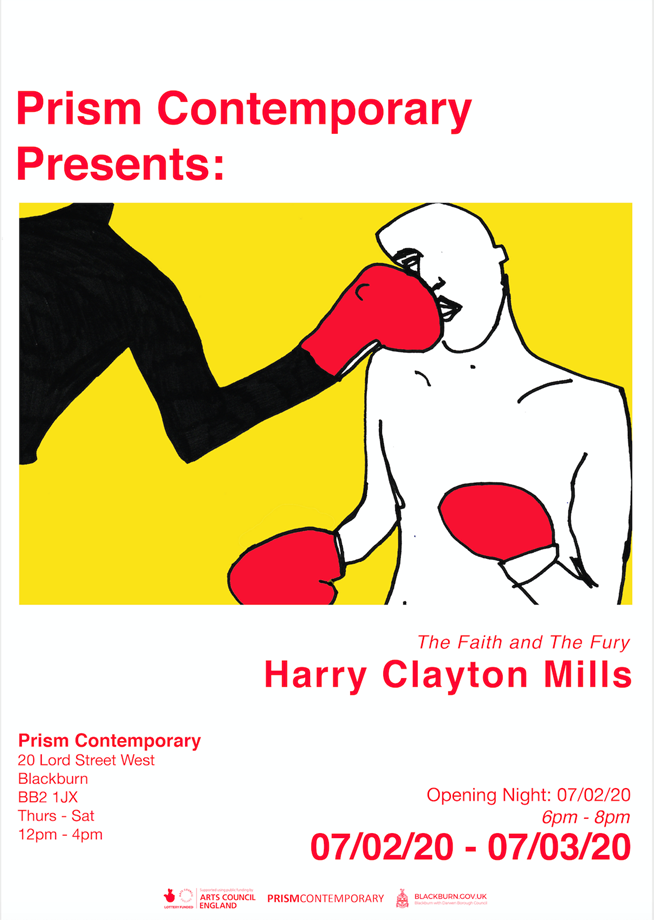